I felt that it was important to announce this on the website, even though the the person in question is unlikely to see it himself not being an internet user.

Once in a blue moon, we add a person to the Honorary Members list for the club. We only have 3 before now in 26 years!

At our AGM we announced that George Taggart was to be made an honorary member of the Society.

When I joined the Society way back in 1993, George was all ready a committee stalwart who took an active part in decision making and event planning for the club. He has been a long serving committee member and has been president on more than one occasion before we suppressed the position in recent years.

George typifies the sort of member that a club need to function. He has always made that extra effort to attend meetings and exhibitions over the years. A feat even more remarkable as he doesn’t drive and on many occasions arrived after taking multiple bus journeys.  I doubt he’s missed more than a handful of meeting in all these years.

His stewarding at events and exhibits has to be admired. Always ready to answer the usual question made by the public. How old is it? How much does it cost? etc..

On behalf of the NIBS I would just like to give our official thanks to George for all that he has done to promote bonsai in Northern Ireland, a contribution he should he be proud of.

He’s good at dodging the camera but he’s usually to be found in the front row at at talk. 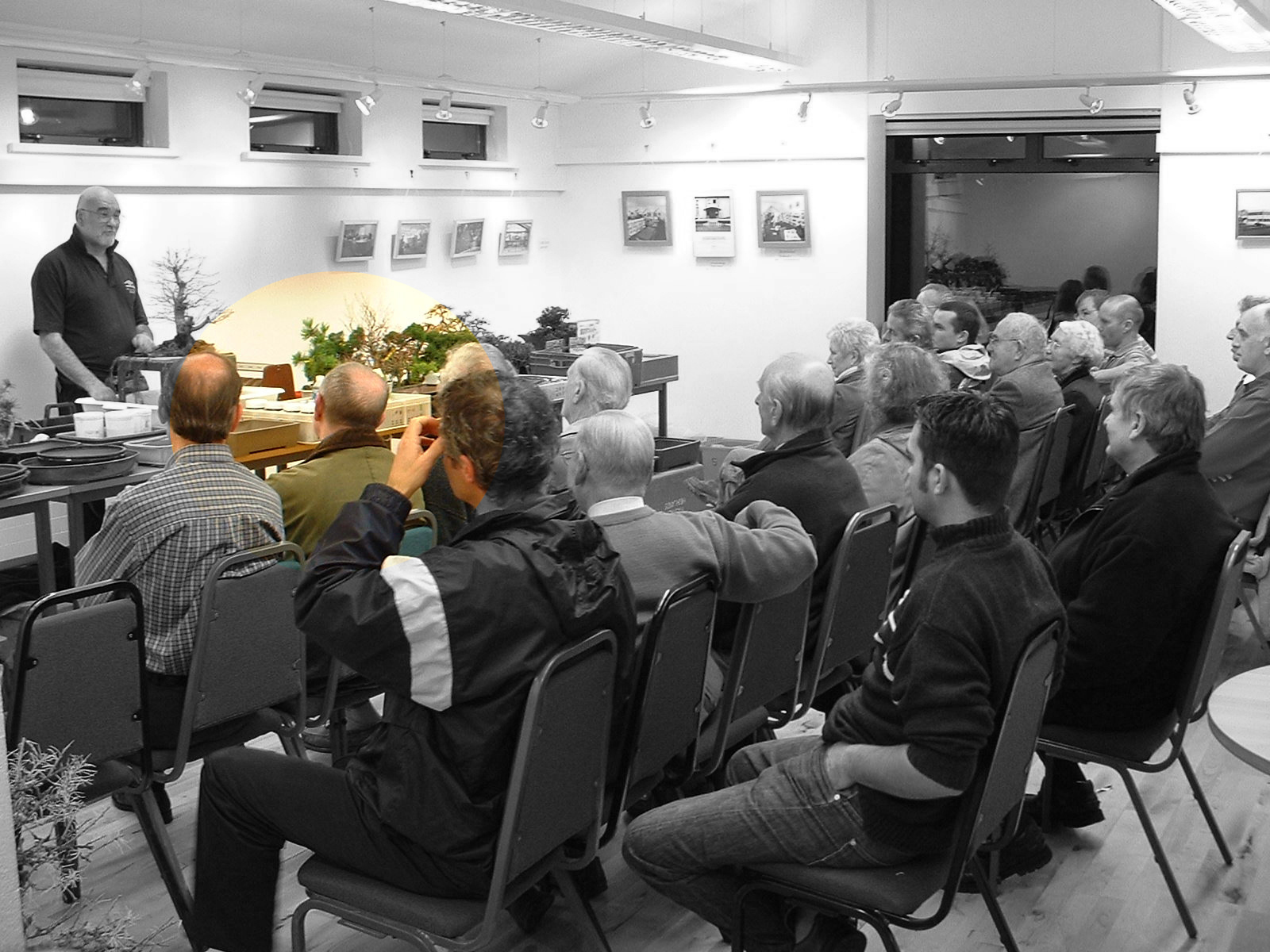 or looking over your shoulder when something interesting is happening. 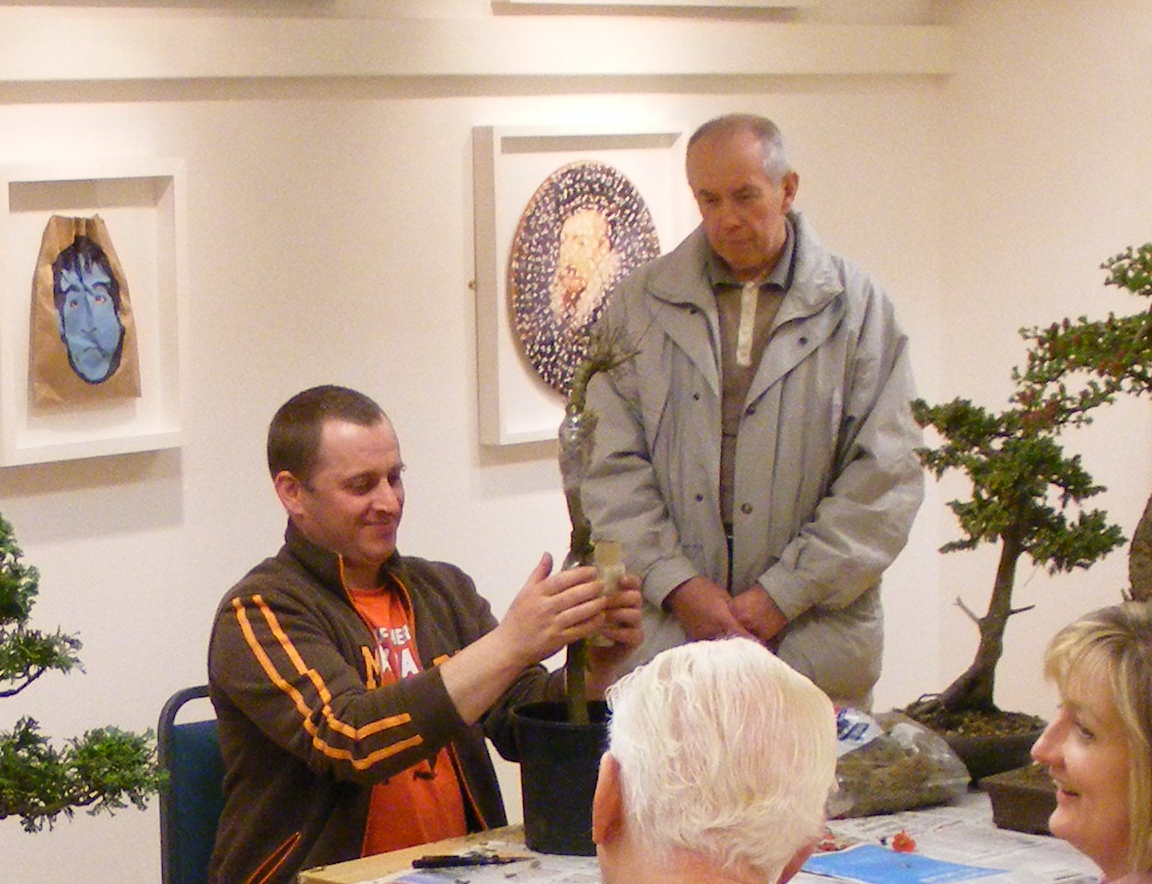 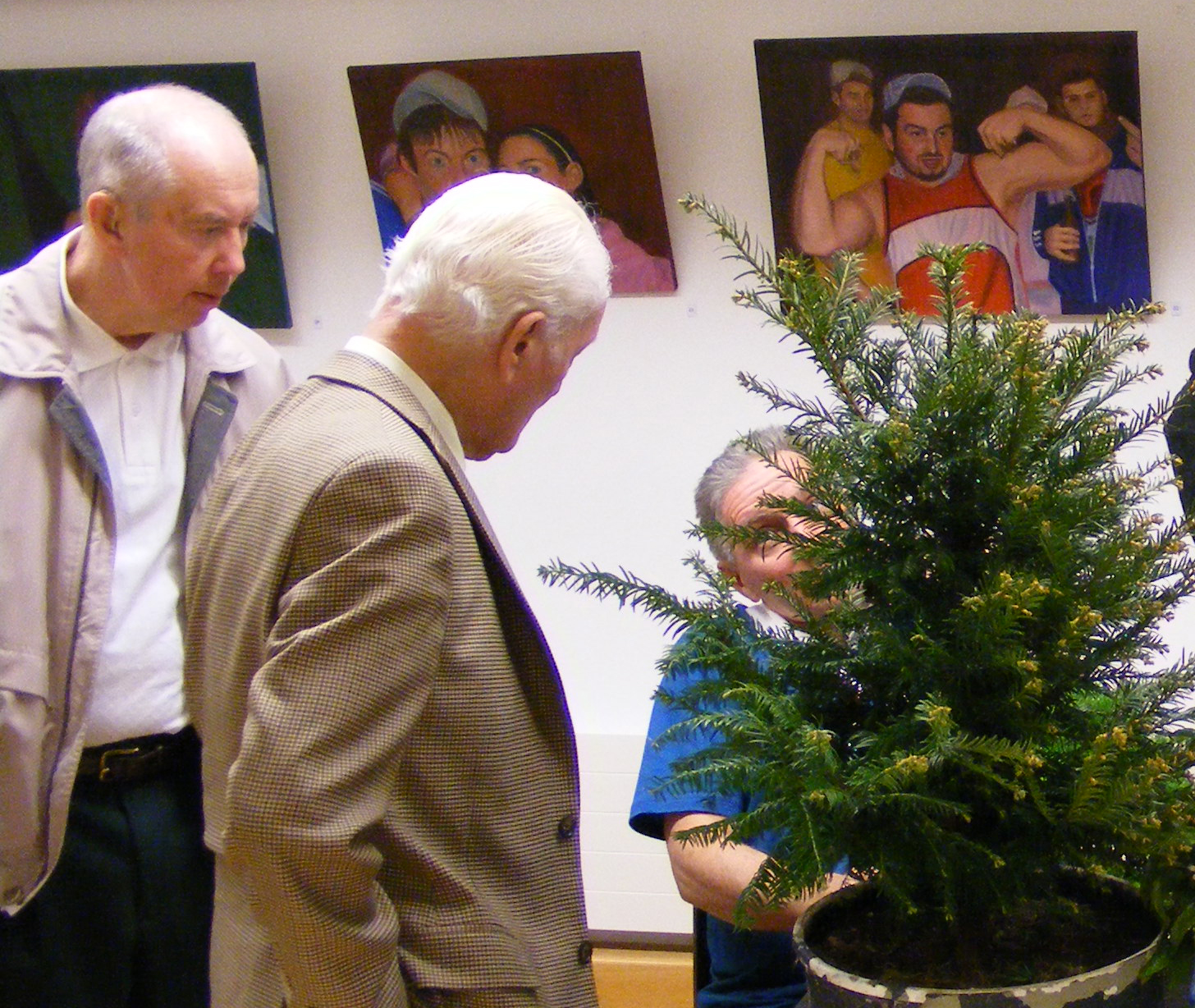 or heading for the tea with Bob as soon as the kettles boiled :-) 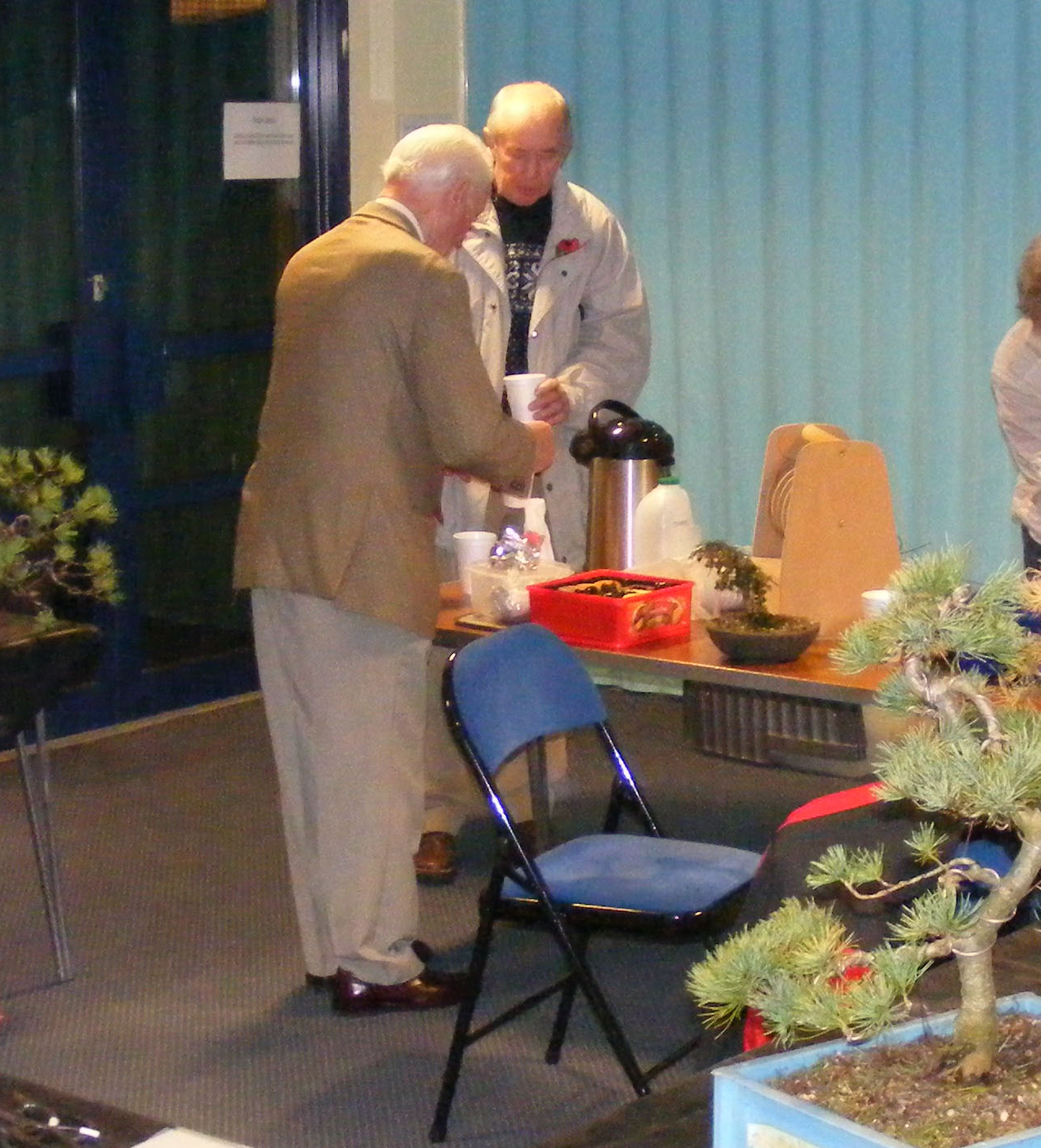 Thank you George, see you next month :-)