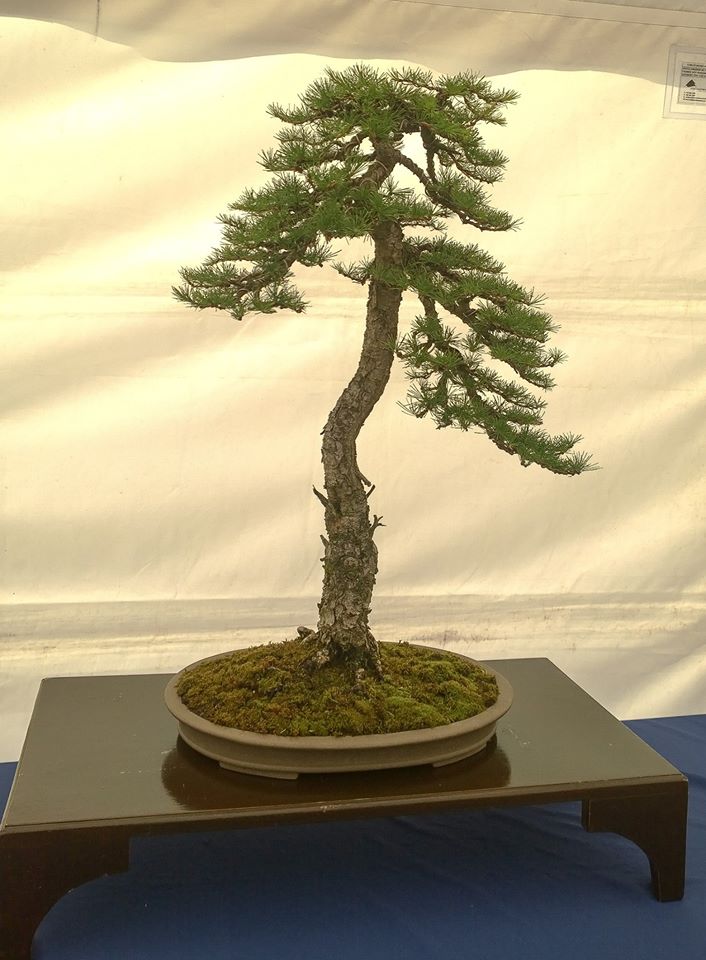 History: Ian bought this tree roughly 15 years ago from Robert Porch. The tree once had a straight tunk but it had been split through the middle to allow the bends to be made easier. For many years the split was visable but with time and growth this is now invisible. Ian has refined the foliage each season to the image that is shown today.

This tree was selected for bonsai 30 to show a different technique and highlight Ian’s dedication to the Society for many years especially in the role of treasurer, a thankless task :-) 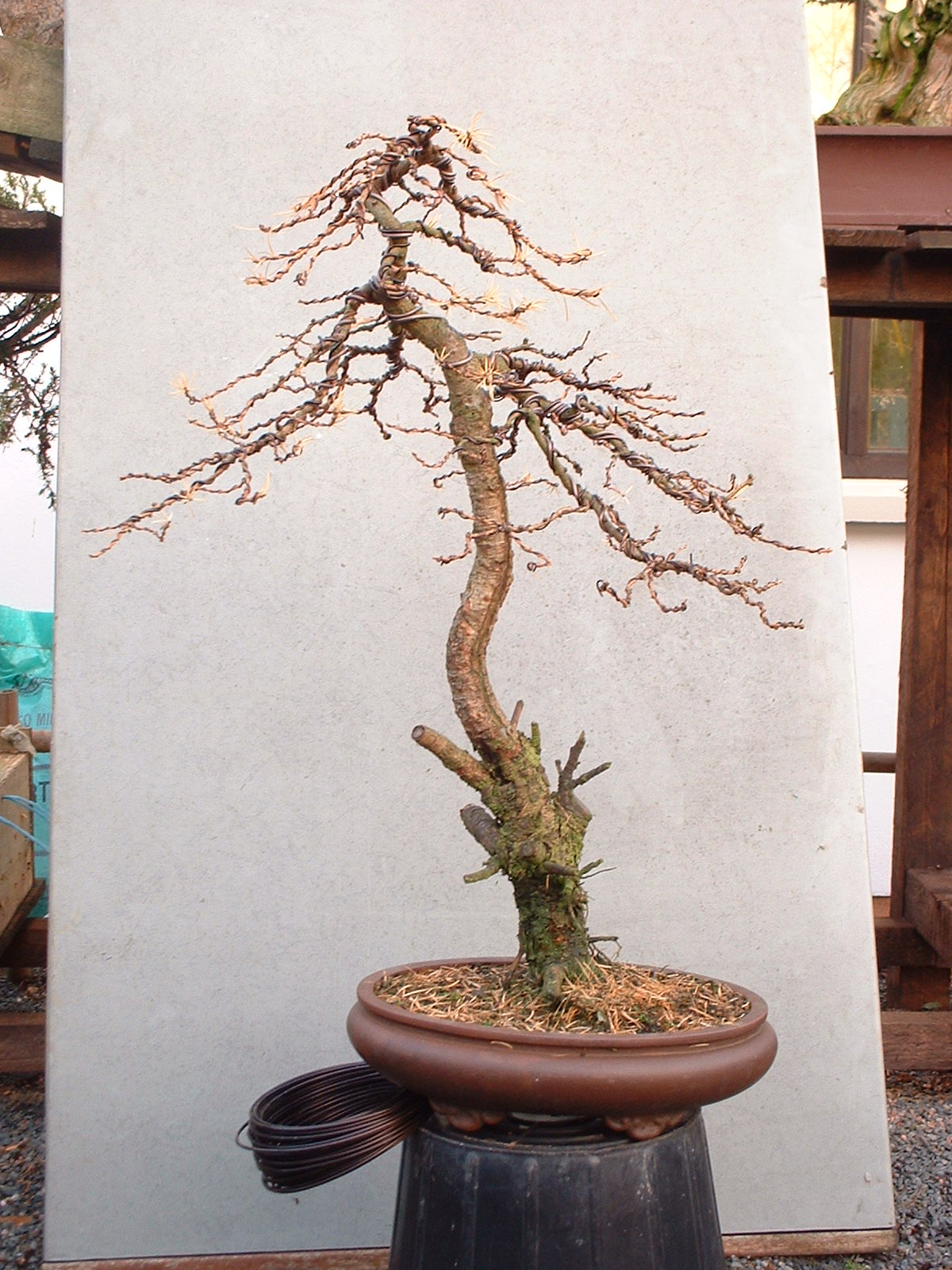 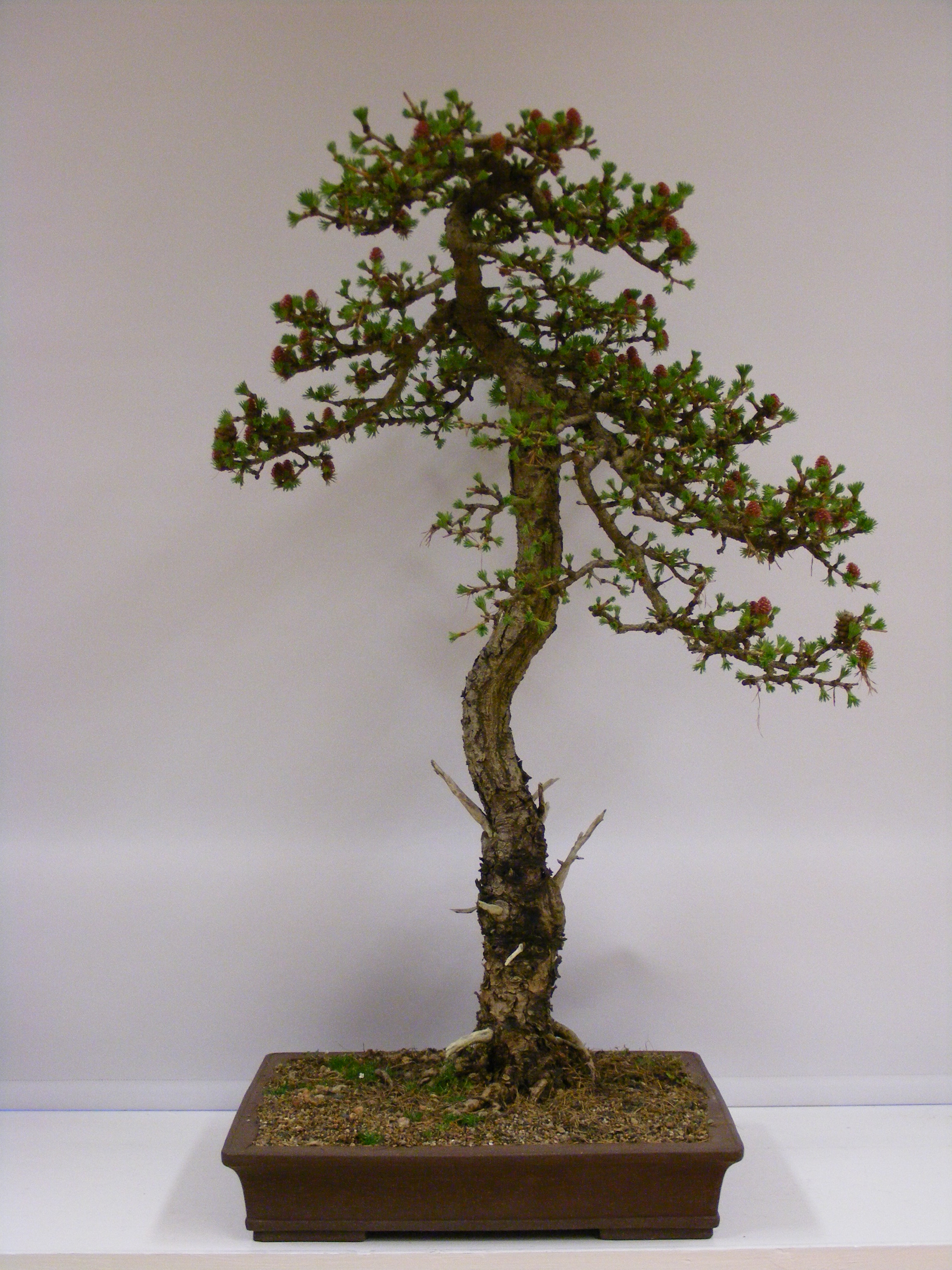 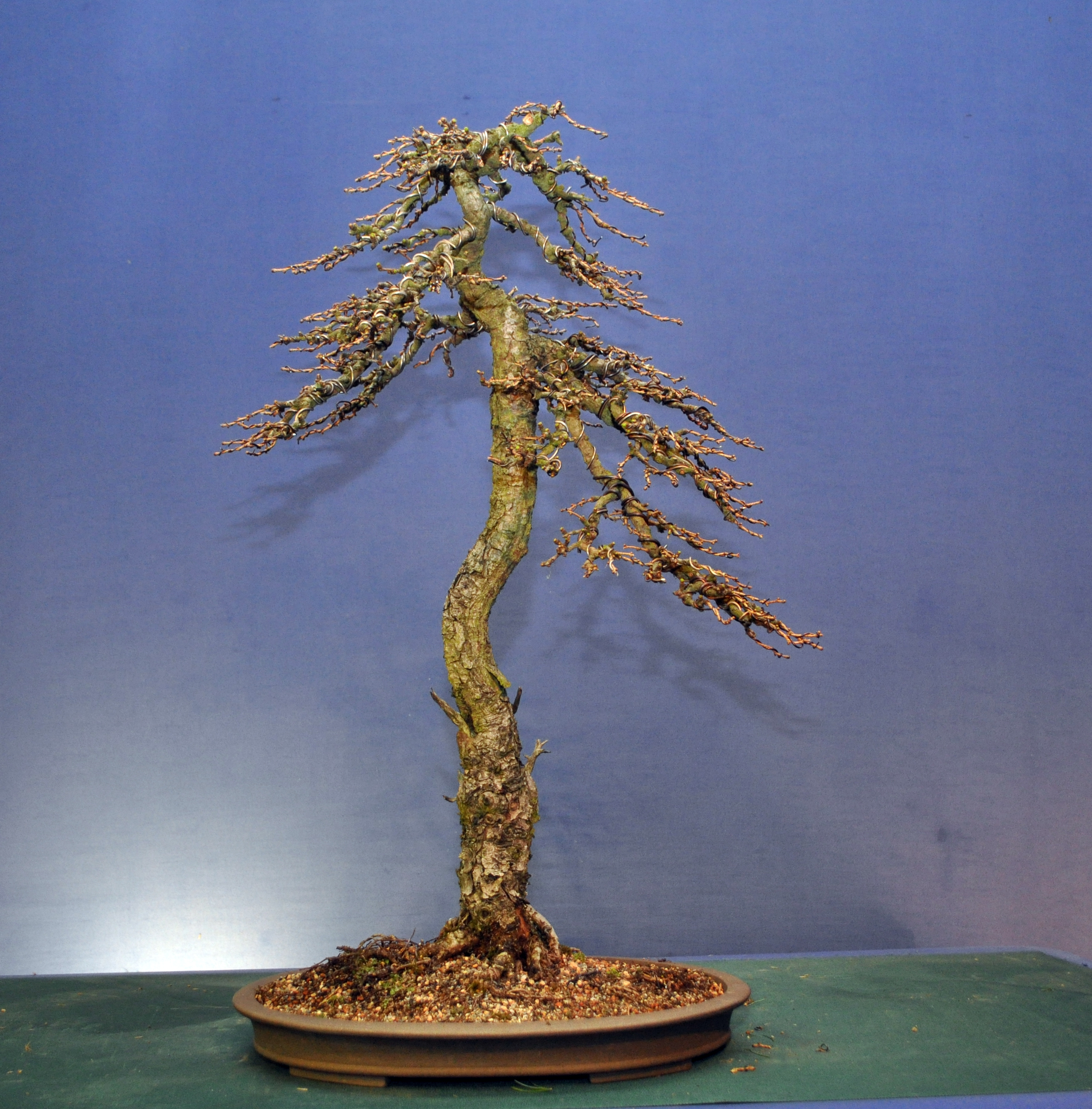